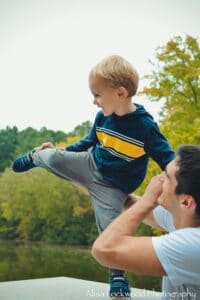 Mr.Koval is a 3rd-degree black belt in Tae-Kwan-Do. He has been practicing Martial Arts since he was 6 years old. Officially since he was 5, however, he tries not to talk about it since he was kicked out of his first school for head butting the hanging bags. Mr.Koval has been teaching Martial Arts for over 12 years and have worked with kids for 15 years. His love for teaching has always been present and he always states that he wanted to be a History teacher, however, due to several happy circumstances he ended up teaching Martial Arts and realized he enjoyed watching others improve and become better than himself. He constantly looks for new ways to teach, be it physical, mental, or beneficial to the student’s health. When he steps on the floor his philosophy to training and Martial Arts is simple; I rather am a warrior in the garden, then a gardener in a war.

Mr. Koval is the owner and founder of New Vision Martial Arts, and understands the importance of the sport like no one else. Growing up in Russia, Mr. Koval began his martial arts training at the age of six in order to learn how to defend himself from bullies and understand how to fight properly. But what was once an escape from the rest of the world soon became his life’s passion.

Upon moving to the United States, Mr. Koval discovered his love for teaching martial arts when he became an instructor at an ATA school in 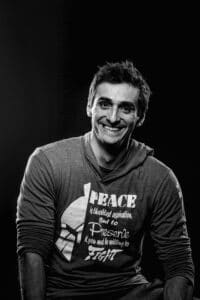 2003. “I guess I always wanted to be a teacher,” he explains. “It just happened to be that I became a martial art teacher.”

Mr. Koval received his first black belt in 2004, after he was already a year into teaching. Though he had grown up on the mat, Russian martial arts schools typically don’t give their students belts until they are 18 years old. Mr. Koval currently holds his fourth degree black belt, and is grateful for his ability to continue to grow as a martial artist while simultaneously helping his students grow as well.

But Mr. Koval has a different perspective when it comes to martial arts instruction – it’s not the belts ranks achieved or the trophies gathering dust on his shelf that demonstrate his ability. It’s what he can do for his students. “I’m going to teach you a way that you can keep yourself healthy. But, if you need to, you can also defend yourself.” He’s passionate about sharing his “warrior in the garden” outlook on martial arts: it’s better to know how to defend yourself and never have to use it, than to just not know.